BACKGROUND: Grafting the floor of the maxillary sinus has become the most common surgical intervention for increasing alveolar bone height prior to the placement of endosseous dental implants in the posterior maxilla. Outcomes of this procedure may be affected by specific surgical techniques, simultaneous versus delayed implant placement, use of barrier membranes over the lateral window, selection of graft material, and the surface characteristics and the length and width of the implants.

RATIONALE: The primary objective of this systematic review was to determine the efficacy of the sinus augmentation procedure and compare the results achieved with various surgical techniques, grafting materials, and implants.

FOCUSED QUESTION: In patients requiring dental implant placement, what is the effect on implant survival of maxillary sinus augmentation versus implant placement in the non-grafted posterior maxilla?

SEARCH PROTOCOL: MEDLINE, the Cochrane Oral Health Group Specialized Trials Register, and the Database of Abstracts and Reviews of Effectiveness were searched for articles published through April 2003. Hand searches were performed on Clinical Oral Implants Research, International Journal of Oral and Maxillofacial Implants, and the International Journal of Periodontics & Restorative Dentistry and the bibliographies of all relevant papers and review articles. In addition, researchers, journal editors, and industry sources were contacted to see if pertinent unpublished data that had been accepted for publication were available.

SELECTION CRITERIA: INCLUSION CRITERIA: Human studies with a minimum of 20 interventions, a minimum follow-up period of 1-year loading, an outcome measurement of implant survival, and published in English, regardless of the evidence level, were considered.

EXCLUSION CRITERIA: Studies involving multiple simultaneous interventions (e.g., simultaneous ridge augmentation) and studies with missing data that could not be supplied by the study authors were excluded.

MAIN RESULTS: 1. Forty-three studies, 3 randomized controlled clinical trials (RCTs), 5 controlled trials (CTs), 12 case series (CS), and 23 retrospective analyses (RA) were identified. Thirty-four were lateral window interventions, 5 were osteotome interventions, 2 were localized management of the sinus floor, and 2 involved the crestal core technique. 2. Meta-regression was performed to determine the effect of the variables of block versus particulate grafting techniques, implant surface, graft material, and the use of a membrane over the lateral window. 3. The survival rate of implants placed in sinuses augmented with the lateral window technique varied between 61.7% and 100%, with an average survival rate of 91.8%. For lateral window technique: 4. Implant survival rates reported in this systematic review compare favorably to reported survival rates for implants placed in the non-grafted posterior maxilla. 5. Rough-surfaced implants have a higher survival rate than machine-surfaced implants when placed in grafted sinuses. 6. Implants placed in sinuses augmented with particulate grafts show a higher survival rate than those placed in sinuses augmented with block grafts. 7. Implant survival rates were higher when a membrane was placed over the lateral window. 8. The utilization of grafts consisting of 100% autogenous bone or the inclusion of autogenous bone as a component of a composite graft did not affect implant survival. 9. There was no statistical difference between the covariates of simultaneous versus delayed implant placement, types of rough-surfaced implants, length of follow-up, year of publication, and the evidence level of the study.

REVIEWERS' CONCLUSIONS: Insufficient data were present to statistically evaluate the effects of smoking, residual crestal bone height, screw versus press-fit implant design, or the effect of implant surface micromorphology other than machined versus rough surfaces. There are insufficient data to recommend the use of platelet-rich plasma in sinus graft surgery. 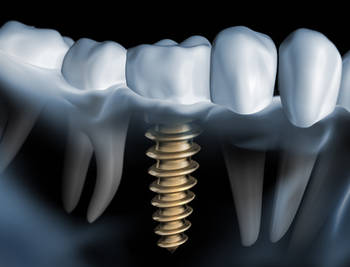